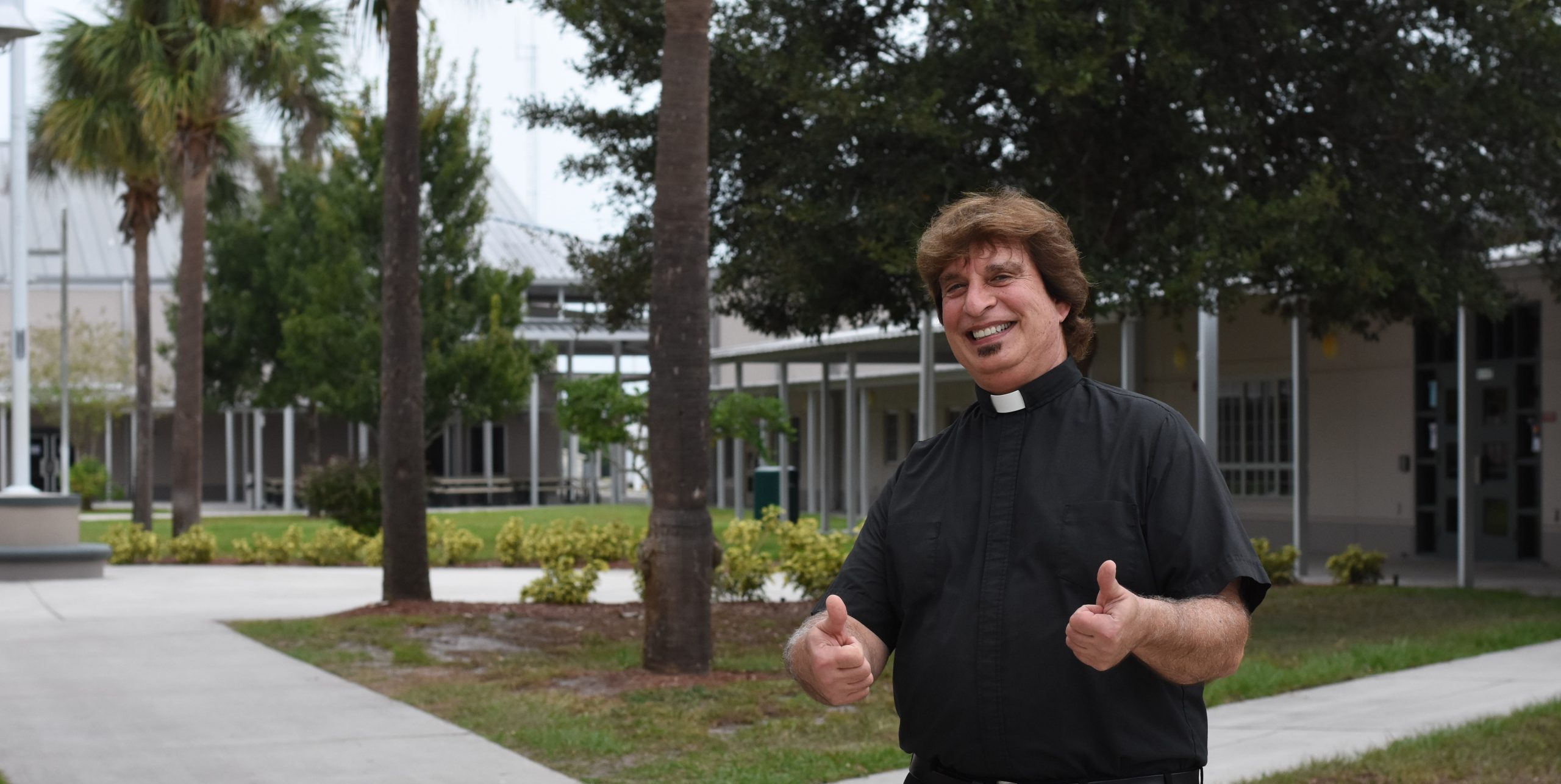 Born and raised in Daytona Beach, Father Charles Viviano credits his parents with planting the seed of faith in his heart and with teaching him love and respect – not only for others, but for them, himself and his little sister. His grandparents, one set who lived in Daytona Beach and one set who lived in New York, also provided endless nurturing that left a lasting impression on him. In addition to this, having the blessing of a Catholic education in primary, secondary, and high school, solidified it all.

Growing up, Father Viviano attended Our Lady of Lourdes Catholic Church & School in Daytona Beach. The Church had a handful of Irish priests and the School was staffed by consecrated religious sisters from Ireland. “I was surrounded by religion and religious every time I was there, weekday and weekend,” said Father Viviano. “I practically lived at the Church because I loved it so much, and got very involved.”

He was in fifth grade when he felt God calling him to the priesthood. While continuing to participate in sports and extracurricular activities, Father Viviano also dove headfirst into Parish Ministry as well. He became an Altar Server, Lector, Greeter, Usher, and led the Stations of the Cross during Lent. He also volunteered as an office assistant at the Church and School.

After 8th grade graduation, his Church involvement continued and increased when he started at Father Lopez Catholic High School. At that time, he became commissioned as an EMHC; set up/served/cleaned up for Daily Mass in the Chapel at Father Lopez; began the travelling Pilgrim Virgin Statue Ministry; brought several residents from the Conklin Center for the Blind to Mass weekly in his station wagon; and was certified as a Minister to the Sick & Homebound. He also began visiting parishioners in the five hospitals in the area and professionally studio recorded audio books for people with impaired vision.

After graduating from high school, Father Viviano attended Saint Meinrad Seminary College/Monastery in southern Indiana and acquired a BA in English. Saint Meinrad also had a School of Theology but he chose to return to Florida to attend Saint Vincent de Paul Regional Seminary in Boynton Beach, where he graduated with a MA in Theology. During his last year at Saint Vincent’s, he also attended the College of Boca Raton (now Lynn University) and received a Certificate in Elder Care & Aging Studies. Father Viviano was Ordained a priest by Bishop Thomas Grady on December 2, 1989.

On his 25th Jubilee in 2014, he said, “My first 25 years of priesthood have been very rewarding and life-giving. Even after 25 years, I experience that my fulfilling Ministry as a priest is fresh, alive, connected and present, and is still opening new doors and possibilities of guiding me and my people into a deeper relationship with Our Lord, Jesus Christ. I can still feel the Sacred Chrism oil wet on my hands!”